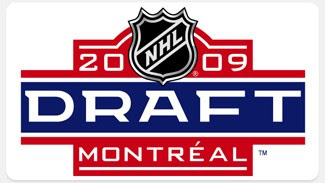 Congratulations to all 5 players on their selections today in the NHL draft.
Posted by Eddie Gregory at 3:21 PM No comments:

Here is this years 09-10 schedule for the Burnaby Express.


Click here to view schedule
Posted by Eddie Gregory at 12:39 PM No comments:

TURRIS LOOKS AHEAD TO HIS 2ND SEASON

Ok, lets take a moment away from all the wheeling and dealing coach Dave Mclellan has been up to in rebuilding the Express.

Lets catch up with Express alum Kyle Turris. His first full season in the NHL saw its ups and downs personally and for the Coyotes. Whether it was the disappointment of being a healthy scratch for what would have been his first NHL game in his home town in Vancouver. To a 4 point night in a win vs. San Jose in March. Turris also spent time in the minors playing with the San Antonio Rampage. He finished the season with 8 goals, 12 assists for 20 points in 63 games. But he finished with a -15 rating.

His team was in contention for a playoff spot right up until the all star break then faded down the stretch to finish 13 points out of a playoff spot.

Now off the ice, the Coyotes are in the news for all the wrong reasons. The ownership situation is up in the air as it goes through bankruptcy court.

Personally, I expect the Coyotes to faceoff in the desert this October. But Jim Ballsillie is doing all he can to try and re-locate the franchise to Hamilton Ontario.

There is little Turris can do in regards to the Coyotes ownership situation being uncertain at this point. It's completely out of his hands. All he can do is focus his efforts on his preparations for his 2nd NHL season.

He recently was interviewed on the Coyotes website to discuss his first season and how his preparations are going for his 2nd season.

Posted by Eddie Gregory at 6:36 PM No comments: 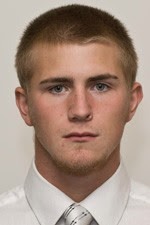 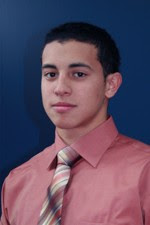 Bay spent the past 2 seasons with the Express putting up 8 goals 33 assists for 41 points in 107 games.
Posted by Eddie Gregory at 11:35 AM No comments: 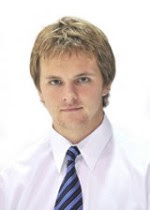 The Burnaby Express have acquired Cody Bremner from the Victoria Grizzlies to complete the trading of Brent Vandenberg to the Salmon Arm Silverbacks at last seasons trading deadline.

Salmon Arm then flipped those future considerations from Victoria to Burnaby in the Vandenberg trade.

"He's a quality kid. I spoke to him last night and he's excited about coming here and we're excited to have him," said Burnaby head coach Dave McLellan.

(Quote courtesy of Burnaby Now)
Posted by Eddie Gregory at 11:20 AM No comments:

Tom Berridge, Burnaby Now
Published: Saturday, June 06, 2009
The Burnaby Express have secured the services of a highly touted defenceman as part of the deal that sent Brodie Reid to the Penticton Vees last season.

Matt Ridley, a 6-3, 1990-born blueliner and son of former NHLer Mike Ridley, was named as one of the future considerations resulting from the deal for Reid.

A second defensive prospect is also expected to complete the deal, but had not yet been finalized as of press time.


This is a real high-quality kid and player. San Jose is really interested in him," said Express head coach Dave McLellan.

The Express also expect to get a top-six forward from the Victoria Grizzlies as future compensation for a late-season trade that sent Brent Vandenberg to the Salmon Arm Silverbacks. That deal has also yet to be completed.
Posted by Eddie Gregory at 5:58 PM No comments:

CHANGES ANNOUNCED FROM THE BCHL'S AGM

There's a few exciting changes coming out of the BCHL's AGM meeting this past weekend. They include a new playoff format, a full interlocking conference schedule again and the adoption of a popular NHL rule.

Here's the release from the BCHL.

Burnaby, BC -- June 9, 2009 -- After a season spent cultivating local rivalries, the British
Columbia Hockey League will return to a double-interlock schedule that will see all 17
teams make an appearance in each opposing arena during the 2009/10 season, the league
announced following the conclusion of its Annual General Meeting in Surrey this weekend.
As a result, the 2009/10 schedule will include more games between Interior and Coastal
Conference opponents. As well, the Mainland and Island Divisions have been disolved,
leaving a total of eight teams competing under the Coastal Conference banner.
The playoff structure for the 2009/10 season has also been adjusted, with two additional
teams set to make postseason appearances. A total of seven representatives from each
conference will qualify for the playoffs, with the top seeds in each receiving a first round
bye. The remaining six teams in each conference will then face off for the remaining
three Conference semi-finals berths.
A number of rule changes were also approved at the three-day meetings, including the
adoption of a of National Hockey League rule. For the 2009/10 season, defending players will no longer be able to make a line change
following an icing call.
The league’s Governors also approved the addition of a Clipping penalty, which penalizes
certain hits made below the waist.
The meetings ended on Saturday evening with the announcement that the 2010 AGM will
be held in Vancouver from June 3rd through 5th.
Posted by Eddie Gregory at 5:50 PM No comments: 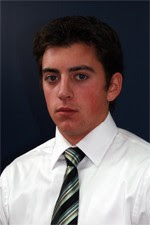 The Burnaby Express have traded forward Thomas Hardy as part of a 3 team trade involving Burnaby, Merritt and Prince George.

Merritt acquired 1990 Forward RJay Berra from Prince George as future considerations to complete the deal that sent Alex Goodship to Prince George. Merritt then sent Berra to the Express in exchange for Hardy.

"Rjay Berra is a great addition to any team. He brings a great attitude and work ethic and will provide us a very strong utility player with tremendous strength on the puck with some offensive upside." said Express head coach Dave Mclellan.

Hardy had 3 goals and 5 assists in 35 games with the Express last season.

Berra had 8 goals and 6 assists in 45 games last season in Prince George.

A thank you goes out to Thomas Hardy for his contributions to the Express. And welcome RJay to Burnaby.
Posted by Eddie Gregory at 4:13 PM No comments: