The Coquitlam Express suffered their first loss of the pre-season 6-4 Tuesday night to the Langley Chiefs.
Brad McBride led the Chiefs attack with 3 goals.
For the Express, Destry Straight and Jason Grecica each had 3 points.
The Express had a 2-1 second period lead until former Express Matt Ius scored 2 goals in 7 seconds which changed the whole complexion of the game and the Express were playing from behind for the rest of the night.
Nick Enegren came in midway through the second period and allowed 5 goals.
Langley outshot the Express 34-22.
The Express get right back on the horse Wednesday night in Surrey.
The Chiefs will pay the Express a visit Thursday night at the Burnaby Winter Club.
Posted by Eddie Gregory at 10:27 PM No comments:

A pair of weekend wins for the Express to open the pre-season. Saturday they knocked off the Powell River Kings 4-3 in Gibsons. Sunday, the Express hit the ice at the Coquitlam Sports Centre and defeated the Surrey Eagles 4-2.
The pre-season will resume Tuesday night vs. the Langley Chiefs. The Express and Eagles will have a rematch the next night in Surrey.
Posted by Eddie Gregory at 4:33 PM 1 comment: 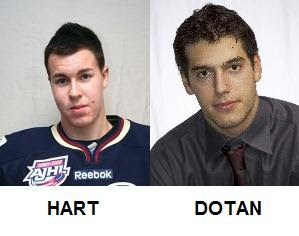 The Express swapped defenceman with the Spruce Grove Saints (AJHL) sending David Dotan's rights to Alberta in exchange for Tyler Hart just prior to training camp. Now while their junior A rights saw both players receive a new address, the two will be camp mates in the WHL. They will both take part in the main camp for the Vancouver Giants which opens on Sunday.
Hart had 1 goal and 1 assist in 41 games last season with Spruce Grove. Dotan meanwhile had 1 goal and 4 assists in 40 games with the Express last season. Dotan also has 41 games of WHL experience with the Prince Albert Raiders split over 3 seasons.
Posted by Eddie Gregory at 6:53 PM No comments: 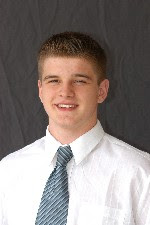 Vanderhoek also has WHL experience with the Kamloops Blazers
Posted by Eddie Gregory at 6:25 PM No comments: 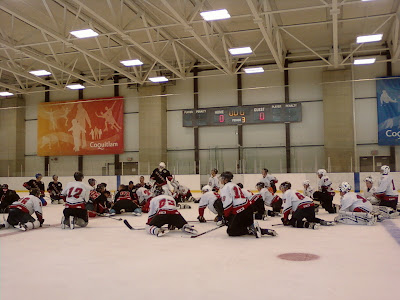 Zac Ashdown certainly made his presence felt playing with a very gritty approach today. He showed nice finish wiring the puck home off the wing post and in.
Posted by Eddie Gregory at 5:01 PM No comments:

The Express have stepped on the ice in Coquitlam for the first time since 2005 when training camp opened on Monday in preparation for their 10th BCHL season.

This marks the first day for new head coach Jon Calvano to see the fruits of his labour hit the ice.

He is the man responsible for rebuilding a program that has missed the playoffs in each of its final 2 seasons in Burnaby posting 18 wins in each of the previous 2 campaigns.

There are plenty of new faces to get to know all throughout the roster.

I caught up with the new bench boss to discuss his plan of attack for the coming season and some of the players he has brought in.

With the training camp just days away, (Monday) Jon Calvano is very busy preparing for his first season behind the bench.

One thing that is very evident before any pucks are dropped is that the defence will look drastically different than the one that ended last season.

With a backend that has lost the likes of Simon Denis and Stefan Gonzales, the Express blueline has pretty much all but been overhauled.

In addition to the acquisition of Hart, Calvano also brought in some veteran experience with the signing of 20 year old Coquitlam native and WHL veteran Riley McIntosh.

McIntosh, who stands at 6’ 5” and weighs in at 205 pounds, is a 4-year veteran Western Hockey League defenseman who is returning to play for his hometown team after suiting up for the Kelowna Rockets and Tri-City Americans.

“When news spread of the team moving back to Coquitlam, I got real excited and right away wanted to come home and play for the team which I grew up watching,” McIntosh said. “I know (Head Coach) Jon Calvano real well as he coached me in spring hockey growing up and when I heard he was hired as the Express coach it made my decision to come home a real easy one.”

“Riley is a kid that we are extremely excited to have. He will provide leadership, character in the dressing room, and he is an exceptional hockey player.”

McIntosh joins his hometown team for his final season of Junior Hockey eligibility much like 2001-02 BCHL graduate Chad Grisdale (Coquitlam) and 2009-10 grad Chris Van Duynhoven (Burnaby) did in their respective seasons.

While in Kelowna, McIntosh played with Defenseman Tyler Myers who now plays for the Buffalo Sabres and was awarded the 2009-10 Calder Trophy as the Rookie of the Year in the National Hockey League. The two still train together in the off-season and are very close friends.

“Coming home to Coquitlam as a 20-year old, we are looking at Riley to be a role-model to our younger players while providing veteran leadership on and off the ice. He will also give the team a big boost on defense,” Express President & General Manager Darcy Rota said.

In four seasons in the WHL, McIntosh posted 1 goal and 16 assists while amassing 137 Penalty Minutes. McIntosh played in 11 playoff games with Tri-City in 2008-09 accumulating 1 assist and 4 penalty minutes.

“I’m really eager to get the season started and to get a fresh start in Coquitlam playing in front of friends and family,” McIntosh said.
Posted by Eddie Gregory at 3:28 PM No comments:

The Express have picked up Massimo Lamacchia (91) from the Markham Waxers of the Central Canadian Hockey League in exchange for future considerations.