I know this isn't Express related, but it's certainly BCHL related and that is the Calgary Flames have signed forward Kris Chucko.

He and teammate Travis Zajac were first round draft picks out of Salmon Arm in 2004. Zajac was drafted 20th overall by New Jersey. While Chucko went 4 picks later to Calgary.

With that being the case, I guess it was a little inevitable that the two would always be tied together in how their progress was tracked en route to the NHL.

Chucko has only played in 2 NHL games without registering a point. But he finished 2nd on the Quad City Flames in goals with 28, and third in points with 51 in his 2nd professional season last year.

Compare that to Zajac, who signed a multi year contract extension with the Devils yesterday after a career best 20 goal and 62 point season. His 3rd with New Jersey.

You compare the numbers its obvious that Zajac has the edge, but you always have to keep in the back of your mind that some players take longer to develop and Chucko appears to fall into that category. This signing of Chucko by Calgary shows that they haven't given up on their 04 first round pick.
Posted by Eddie Gregory at 6:05 PM No comments: 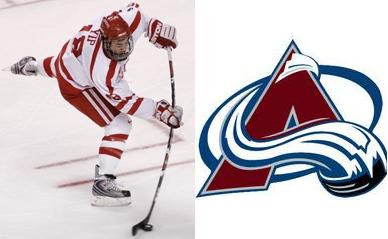 Another former Express has signed his first pro contract, this time it's Brandon Yip signing an entry level deal with the Colorado Avalanche.

Yip played 2 seasons with the Express from 2003-05. He was named the team's rookie of the year in 2004 after scoring 31 goals and 69 points in 56 games. That summer he was selected in NHL draft in the 8th round by the Colorado Avalanche 239th overall.

The following season Yip put up 20 goals and 62 points in just 43 games to lead the Express in scoring.

After 2 seasons with the Express, Yip was off to Boston University. He played 4 seasons with the Terriers, and capped off his college career by helping lead his team to the NCAA Championship this past spring. He put up 45 goals and 105 points in 139 career games with BU.

“Brandon had a very strong year at Boston University and wrapped up his collegiate career by serving as a leader on a championship team,” said Avalanche General Manager Greg Sherman. “He has developed very well over the past four seasons and is ready to begin his pro career.”

See his highlight tape from Boston University below.

Posted by Eddie Gregory at 3:24 PM No comments:

Now the Flames have signed him to his first pro contract. No terms of the deal have been released.

Seabrook is taking part in Calgary's prospect camp this week.

He is expected to play this coming season with Calgary's AHL affiliate in Abbotsford.
Posted by Eddie Gregory at 3:59 PM No comments:

Just another way to connect with Express fans and the team is now on Facebook. 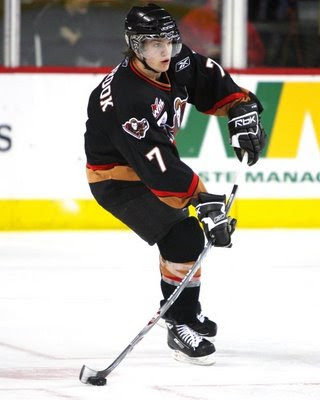 This may explain why Keith Seabrook isn't taking part in Washington's prospects camp this week. He wasn't in their future plans. The former Express 2nd round draft pick was traded by Washington to the Calgary Flames for future considerations.

Seabrook played 2 seasons with the Express from 04-06. He was the team's rookie of the year in 04-05. The next season he was a BCHL all star en route to helping the Express win the Royal Bank Cup in 2006. In the clinching 6-0 win in game 6 of the Doyle Cup vs. Fort McMurray, Seabrook scored a hat-trick to punch the Express ticket to the Royal Bank Cup.

Then he was off to play at the University of Denver for one season. He then joined the WHL's Calgary Hitmen where he played the last 2 seasons.

This past season he put up 15 goals and 40 assists for 55 points in 64 games. He helped lead Calgary to the best record in the WHL where they eventually fell to the Kelowna Rockets in 6 games in the WHL final.

Seabrook will take part in Calgary's development camp this week. As will former Express Spencer Bennett who was drafted by Calgary this past June.
Posted by Eddie Gregory at 10:22 AM 2 comments:

I would provide some more names of BCHL alum participating in NHL prospect camps. Some are still on going or have been completed.

*Now I don't know anything extra, but I didn't see Keith Seabrook's name on the roster for Washington's camp. He was drafted in the 2nd round by the Caps in 2006 out of Burnaby.
Posted by Eddie Gregory at 3:44 PM 1 comment:

CATCHING UP WITH THE COACH PART 2

It's been a few weeks since we heard from Express head coach Dave Mclellan at prospects camp in late May. Since then, the team has made a few more trades and brought in some new faces that we couldn't discuss back then.

So I went down to the rink today to get the latest on the Express. And the details about the return to the Express of a familiar face. 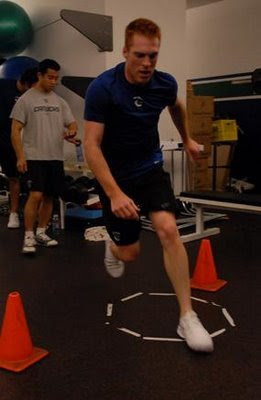 The Canucks prospects are going through their paces this week here in Vancouver at their annual prospects camp.

Former Express captain Tyler McNeely is among that group. This is his 2nd NHL prospect camp. He participated in Chicago's last summer. He opened some eyes when he got in a fight with Akim Aliu who clearly wins the size battle. But it was McNeely who wins the tilt.

I had a chance to talk to him today at the Canucks prospects media availability at GM Place.

Check out McNeely's fight from a year ago below.

Posted by Eddie Gregory at 6:12 PM No comments: 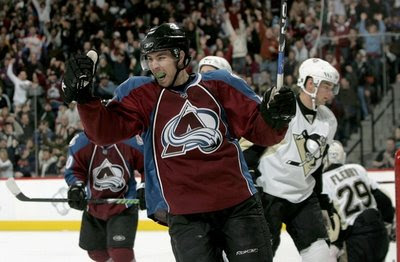 Jones scored 8 goals and 5 assists for 13 points in 40 games last season. His second in Colorado. He missed the final 34 games of the season after suffering a season ending shoulder injury on January 27th.

Jones was drafted out of the Express organization by Colorado in the 9th round 288th overall in 2003.
Posted by Eddie Gregory at 5:49 PM No comments:

Former Express captain Tyler McNeely has been invited to take part in the Vancouver Canucks prospects camp next week.
McNeely spent the last 2 seasons playing with the Northeastern University Huskies. This past season, he helped lead the team to the NCAA tournament for the first time since 1994.
He played 3 seasons with the Express scoring 74 goals, 141 assists for 215 points in 161 games. During that time he scored the Fred Page cup winning goal while en route to winning the Royal Bank Cup in 2006. That run helped cement McNeely's reputation as a clutch playoff performer where he put up 61 points in 37 career playoff games. He has 3 career overtime winning goals.
Two other BCHL alumni have been invited, including McNeely's Chilliwack Chief rival and 2005 5th round pick Matt Butcher and former Alberni Valley Bulldog goaltender Brian Stewart.
Posted by Eddie Gregory at 11:57 AM No comments: 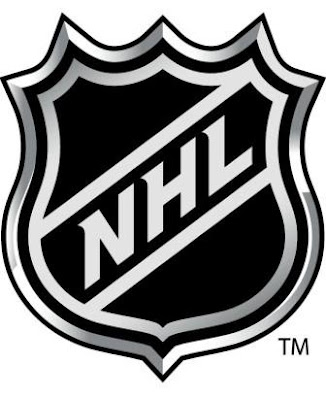 Scrolling around the NHL and I found a number of players with BCHL ties who will take part in Prospect/Development camps around the NHL in the next few weeks.
Some of them are draft picks or are free agent invitees.
Here's what I found,
ATLANTA:
Andrew Kozek (Surrey)
BOSTON:
Mark Isherwood (Burnaby) *Played handful of games in 06-07. Spent most of his career in Medicine Hat of the WHL.
BUFFALO:
Brady Irwin (Cowichan Valley) *Played 2 games with the Capitals in 04-05.
COLUMBUS:
Lee Baldwin (Burnaby/Victoria)
Maury Edwards (Alberni Valley)
NASHVILLE:
Mark Santorelli (Salmon Arm/Burnaby)
Taylor Stefishen (Langley)
Cam Reid (Westside/Victoria) *May take part. Not confirmed yet.
OTTAWA:
Patrick Weircioch (Burnaby)
Geoff Kinrade (Cowichan Valley)
Derek Grant (Langley)
TAMPA BAY:
Tommy Grant (Victoria/Quesnel/Westside)
TORONTO:
Tyler Bozak (Victoria)
Grant Rollheiser (Trail)
Ben Winnett (Salmon Arm)
I'm sure there's more to come as a few teams have yet to finalize their rosters. I'll try and update this posting in the next few days.

Posted by Eddie Gregory at 4:28 PM No comments: 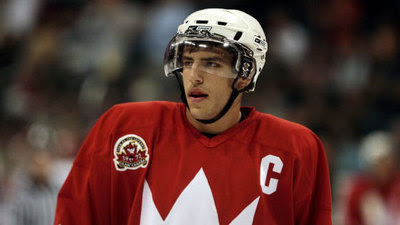 Former Express Milan Lucic was among 46 players invited by Hockey Canada to their orientation camp for the 2010 Olympics in Vancouver.
The camp will take place from July 24 - 27 in Calgary.
Lucic completed his 2nd season in the NHL in 08-09. Scoring 17 goals and 25 assists with the Boston Bruins.
"(Milan) has the potential to really add a dimension to this team that could be really beneficial. He's not just there because he's a big, strong guy. " Said 2010 Olympic team Executive Director Steve Yzerman.
Former Penticton Panther and Chicago Blackhawk Duncan also earned an invite.
This will be Lucic's 2nd Hockey Canada experience. He captained Team Canada to an undefeated record in the 8 game Super Series vs. Russia in 2007.