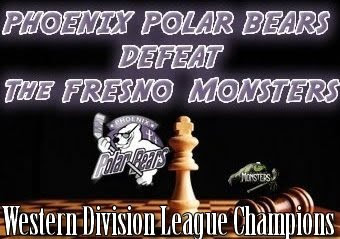 Former Express Gavin Hohl is now applying his trade in the Western States Hockey League with the Phoenix Polar Bears.

Hohl is now one step closer to becoming a National Champion after he scored the OT winner in the decisive game 3 to knock off the number 1 seeded Fresno Monsters to win the Western division league championship.

The Polar Bears will now play the Boulder Bison for the Thorne Cup.

The win also secures the Polar Bears a berth in the National Championship in Marlbourough MA March 25-30.

Best of luck Gavin.
Posted by Eddie Gregory at 5:13 PM