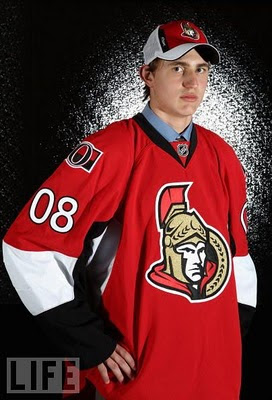 He spent the last 2 seasons playing with the University of Denver Pioneers where he tallied 18 goals and 44 assists for 62 points in 75 colegiate games.
Posted by Eddie Gregory at 3:41 PM