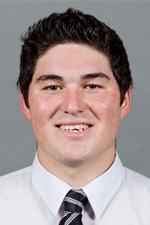 The first of the future considerations the Express acquired in the January 10th trade deadline deals with Chilliwack, Penticton and West Kelowna is now known.

The Express have acquired defenceman Shay Laurent (93) from the Chilliwack Chiefs to finalize the trade the Express made to send sniper Phil Zielonka to Chilliwack. Laurent is the third player the Express acquired in the deal. Garrett Forster and Ben Israel were first acquired when the trade was made.

With the Chilliwack Chiefs season coming to an end earlier this week following the sweep in their second round series by the Surrey Eagles, the news of the Express' acquisition of Laurent was released.

Considering how quickly we learned about the acquisition of Laurent shortly after the completion of the Chiefs season, we my know pretty quickly more of the Express future considerations from their January 10th trades when the Interior Conference final ends with the other two teams involved in those deals Penticton and West Kelowna going head to head right now in the Conference finals and one team will be eliminated within the next week to ten days.
Posted by Eddie Gregory at 11:12 AM