Chilliwack left no doubt early on they planned on putting this series to bed Tuesday.

Kale Kane opened the scoring with a wrist shot from the right wing beating Lawson Fenton. That started the most dominant opening period of the series for the Chiefs. Chilliwack did score four times in the first period in game 2 Saturday, but they really controlled the play in the opening 20 Tuesday that was more lopsided than their four goal game 2 start.

Jake Smith took advantage of an Express turnover two minutes after Kane's goal and snapped home a wrist shot for a 2-0 lead.

Four minutes later Jordan Kawaguchi dug a the puck out of skates in the corner and found a pinching in Rylan Bechtel who snapped home a one timer for a 3-0 Chiefs lead before the game was 11 minutes old. At that point Chilliwack had a 11-2 advantage in shots and finished the period outshooting the Express 16-6.

Austin McIlMurray put his finishing touches on a strong series by scoring his 4th goal of the series, and the lone Express goal on the night pouncing on a loose puck in front of Aidan Pelino.

Ryan Forbes put the finishing touches on the series scoring his 2nd of the series four minutes into the third.

Chilliwack limited the Express to just 14 shots while sending 37 pucks the way of Lawson Fenton.

It's the first time in 8 head to head playoff meetings between the Express and Chiefs that ends in a sweep. The Express are swept in a playoff series for just the second time in their 15 season history. The previous sweep coming in 2011 at the hands of the Surrey Eagles.

The Chiefs did an excellent job spreading their attack around in the four game sweep with 16 of 19 skaters that dressed for Chilliwack in the series registering at least a point.

Chilliwack will play the winner of the Wenatchee Wild and Langley Rivermen series in the Mainland division final.

Thanks to CKPM 98.7 for picking up the broadcasts this year and everyone who took time to listen.

Thank you to the parents of the players for their support this season and taking time to listen to the broadcasts. I really appreciate it.

And thank you for taking time to visit this blog. September can't come fast enough. 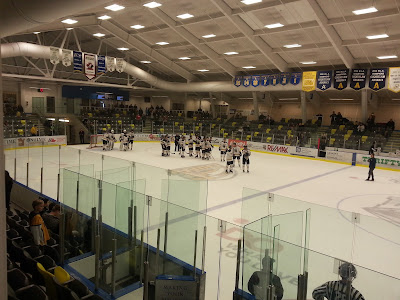 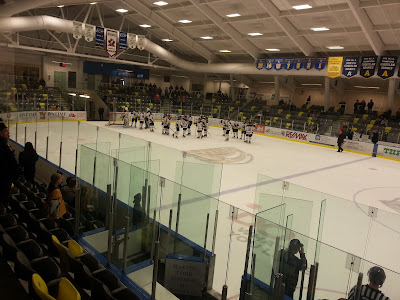 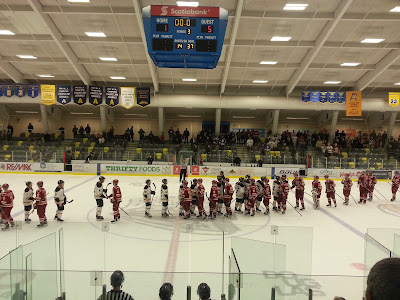 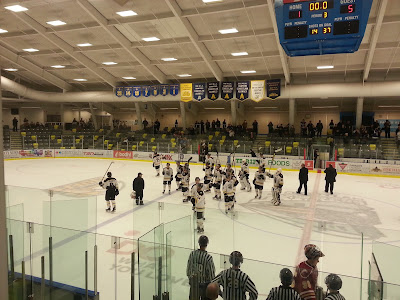