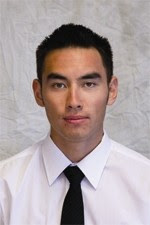 He has been on their radar all season long, now the Express finally have acquired the rights to defenceman Cole Gelley (91) from the Cowichan Valley Capitals.

The Express sent the rights to defenceman James Bettauer and future considerations to Cowichan Valley.

In the off-season, the Surrey Eagles sent Gelley along with future considerations to the Trail Smoke Eaters for Wade Bennett (now with the Express) and Robert Lindores.

After spending the first few days at camp, Gelley left Trail wanting to play closer to home. Days later his rights were shipped to Cowichan Valley but he never reported with the hopes that a trade to the Express would eventually materialize which it did Tuesday.

Bettauer played last season with the Express for 33 games after being picked up mid-season from Quesnel in a trade for Jon Puskar. Bettauer tallied 7 goals and 23 points.

This season he wanted another crack at the WHL and has played all season with the Price Albert Raiders where he has 1 goal and 9 points and is a +2 in 22 games.

Gelley has appeared in 101 career BCHL games scoring 3 goals and 23 assists for 26 points. In 07-08 he played under current Express coach Jon Calvano with the Vancouver Northwest Giants.
He will make his Express debut Wednesday night in Langley.
Posted by Eddie Gregory at 3:25 PM