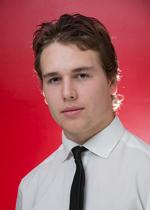 The Coquitlam Express have re-acquired forward Jace Hennig from the Prince George Spruce Kings in exchange for forward Brent Lashuk.


The trade re-unites Hennig a Coquitlam native, with the team that originally brought him to the BCHL. He played parts of the past two seasons with the Express. In 45 career games with the Express the 18 year old forward scored 4 goals and 12 assists for 16 points. He was traded by the Express to the Prince George Spruce Kings along with defenceman Mark Begert in exchange for 20 year old defenceman Brad Ryan in November 2012. In 27 games with Prince George he had 3 goals and 8 assists for 11 points.

Lashuk's rights along with defenceman Matthew Berry-Lamontagna were acquired by the Express as future considerations in the January 10th deal that saw the Express send captain Mitch Nardi to the West Kelowna.

This coming season Hennig will have the opportunity to be a key offensive forward for the Coquitlam Express in the top 6 group. The opportunity is there to fit in along with Adam Rossignol, Adam Rockwood Micheal Rebry and Nicolas Beaudin.

Hennig is committed to the University of Merrimack for the fall of 2014.

Welcome back to the Express Jace.