LUCIC TO PLAY FOR CUP... AGAIN.

For the second time in three seasons former Express Milan Lucic will play for the Stanley Cup.

His Boston Bruins advanced to the Stanley Cup final following a 1-0 win in game four of the Eastern Conference final which completed a 4 game sweep over the top seeded Pittsburgh Penguins.

The Bruins will play either the Chicago Blackhawks or Los Angeles Kings in the Stanley Cup final.  The Hawks currently lead the defending cup champs 3-1 in the Western Conference final.

Lucic played 50 games for the Express during the 2004-05 season registering 23 points.

If the Bruins win the cup, it will be a 4th Stanley Cup won by an Express alumni.  Winnipeg Jets captain Andrew Ladd has two cup rings with the Carolina Hurricanes in 2006 and Chicago Blackhawks in 2010. 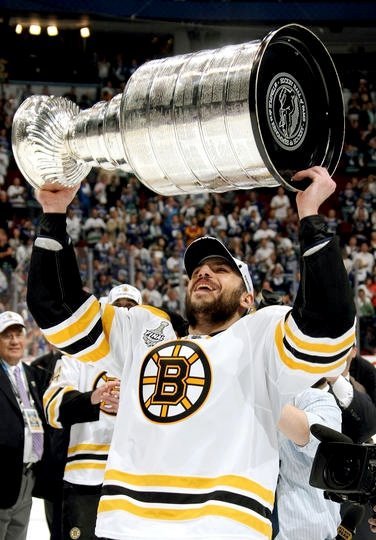 Posted by Eddie Gregory at 8:43 PM