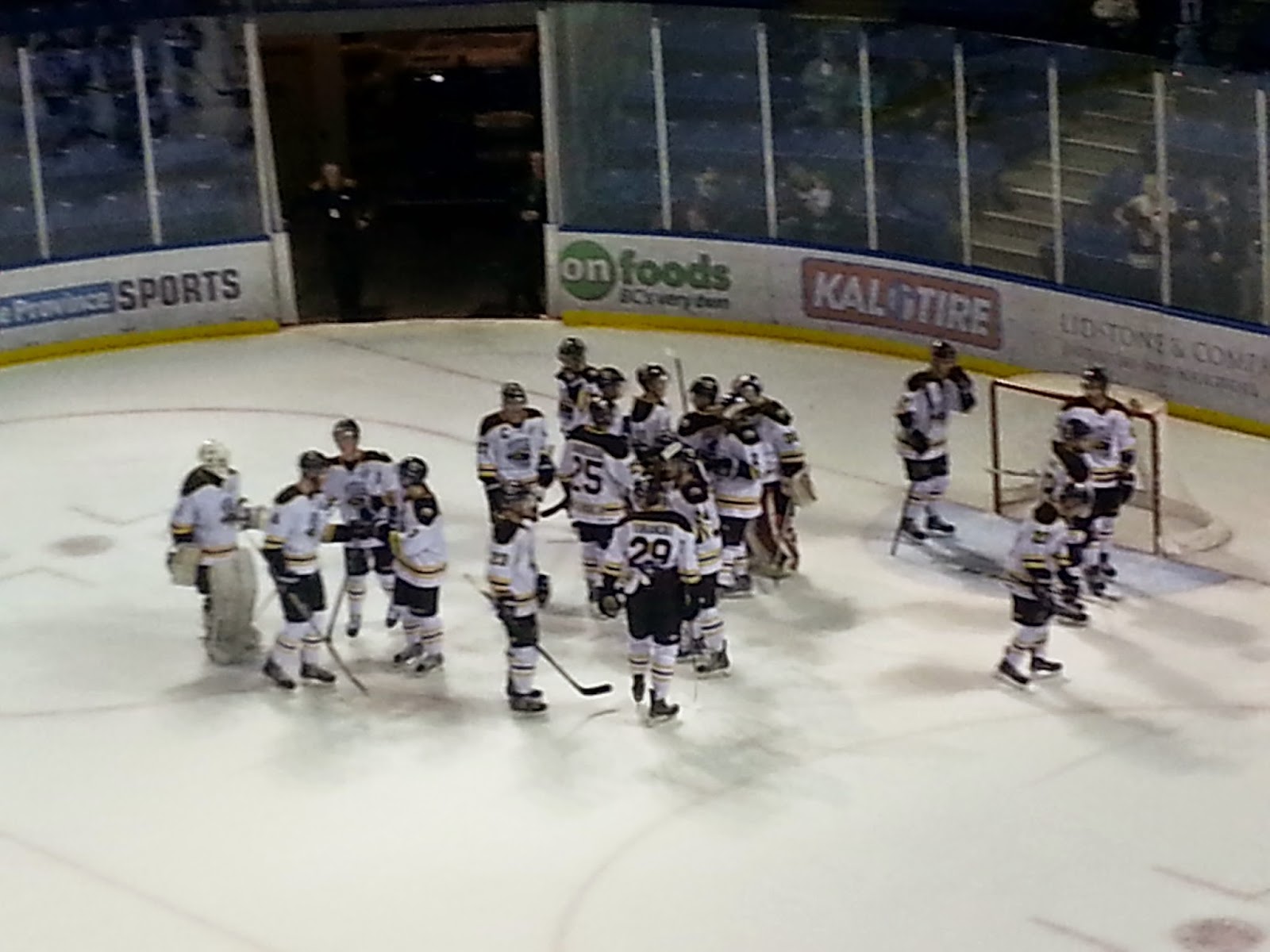 The Express got goals from three separate lines and defenceman Taylor Green as the offense is spread around in a 5-3 win over the Langley Rivermen. Click here for box score


The win was the 4th in the last 5 meetings for the Express vs. Langley.


When Joey Santucci and Colton Kerfoot returned to the lineup in late January and early February it gave the Express something that had been missing for most of the season and that was secondary scoring. That certainly wasn't a problem Friday night.


The line of Santucci, Kerfoot and Jackson Cressey got the Express off on the right foot with Kerfoot opening the scoring just 2:29 into the first period.


Leading scorer Gage Torrell was on his game for Langley on this night. He equalized for the Rivermen just over 3 minutes after Kerfoot's goal wiring a powerplay goal past Chris Tai.


Taylor Green gave the Express lead their second lead of the night as he blasted home Colton Kerfoot's pass with his third goal in his last four games.


Torrell had a hand in helping Langley even the score before the first period ended. Chris Tai came out to challenge Torrell's shot but Matthew Graham was able to shovel home the loose puck which was lying under the Express netminder.


13 minutes into the second period Gage Torrell picked up his third point by scoring Langley's second powerplay goal of the night and 25th goal of the season as his shot from the slot dribbled past Tai to give Langley their lone lead of the night.


Brendan Lamont got the Express back on even terms just before the second period ended as he just threw the puck at the net and it bounced off Jordan Schneider and past Rivermen netminder Darren Martin to even things at 3.


Lamont then scored his second of the night taking a cheeky backpass from behind the net from BCHL scoring leader Corey Mackin to give the Express the lead for good with his 22nd of the season. The assist for Mackin would be his lone point on the night which gives him 94 on the season. He surpassed Calgary Flames forward David Jones for 4th most points in a season by an Express player. Jones set the mark during the 03-04 season.


Owen Stout then sealed the game for the Express as he showed good poise to settle down a bouncing puck and not try and force something when on a two on one with Michael Merulla. Stout just snapped the puck home for his 5th of the season. The goal was the 3rd different line, and 4th source to chip in offensively for the Express when you include the first period goal from Taylor Green.


Chris Tai finished with 34 saves to puck up his 18th win of the season.

The teams will complete their home and home Saturday night in Coquitlam.
Posted by Eddie Gregory at 6:26 AM