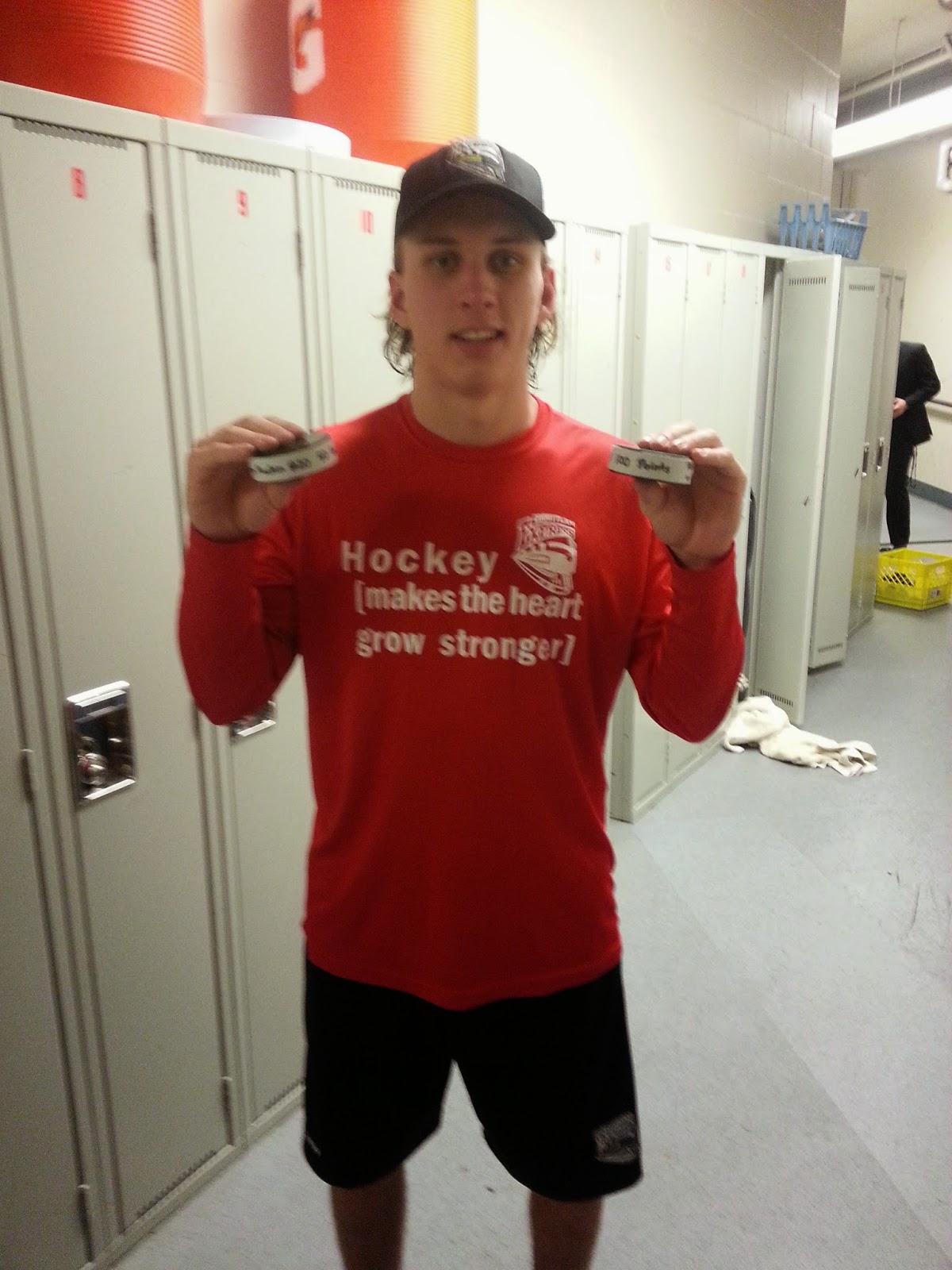 Corey Mackin picked up his 100th point and 50th goal all part of a 4 point night in a 6-4 Express win over the Cowichan Valley Capitals. The win extended the Express winning streak to 5 straight overall and 8 straight on home ice. Click here for box score

Mackin finished with two goals and two assists and now has 103 points on the season.

The BCHL scoring leader entered the game sitting on 48 goals and 99 points. Mackin and his line mates Brett Supinski and Brendan Lamont were flying early and it was clear right away that they were determined to make sure Mackin hit his milestones on this night.

Mackin got the first milestone out of the way early as he set up Brendan Lamont who scored his 25th of the season to open the scoring at 2:53. The goal was the 100th point for Mackin. For Lamont that's his 5th goal in his last 4 games. Lamont extended his point streak to six games with 5 goals and 4 assists in that time after finishing with 1 goal and 2 assists.


Despite no playoffs for the opposition, the Capitals battled hard all night. They quickly tied it less than two minutes later on a goal by Ryan Burton.

Every shift the line of Mackin, Lamont and Supinski on the ice they were creating quality scoring chances for the Express. Lamont came inches away from his second of the period by ringing a shot off the underside of the crossbar midway through the first period.

Mackin wouldn't be sitting on 100 points for long as he scored his 49th of the season at 11:02 to restore the Express lead.

Again however the Caps wouldn't go away as Darien Craighead came down the right wing and scored on a wrist shot that trickled through Braden Krogfoss at 14:10.

Ryan Burton added his second of the night with just over four minutes remaining in the second period finishing off a 3 on 1 rush in the Express zone.

The lead only lasted 11 seconds as the line of Michael Merulla, Brendan Gulka and Owen Stout went to work and off the face-off Stout scored on a rebound at the side of the net following an Austin Anselmo shot to even the game at three. That goal would be the first of a very solid night for that line for the Express.

Luke Santerno gave Cowichan their second lead of the game just past the 12 minute mark of the third period converting a set up from Darien Craighead.

Like the last Capitals lead this one didn't last long either. And like their previous lead it was the line of Gulka, Stout and Merulla pulling the Express even again. This time the response came 24 seconds later on a goal by Brendan Gulka. That line combined for 2 goals and 3 assists for 5 points. Stout and Gulka have now compiled 2 goals and 3 assists during a 4 game point streak, Michael Merulla has 1 goal and 3 assists in his last four outings.

52 seconds after Gulka's goal the Express took the lead on a goal from Brett Supinski who scored his 47th of the season on a neat set up from behind the net by Brendan Lamont. Supinski finished with 1 goal and 3 assists. He now has 47 goals and 97 points this season.

Then in the dying moments Barry Wolff sent out his big guns to protect a one goal lead first with Lane Micahsiw on the bench for the extra attacker. The puck came to Lamont at the Caps line who slid the puck across to Mackin to hit the empty net for his 50th of the season.

Mackin becomes the third player in Express history to score 50 goals joining Kyle Turris who scored 66 on 2007 and Brodie Reid who scored 52 the next season. Both when the franchise was based in Burnaby. Mackin's 103 points now puts him 3rd all time amongst Express top season point producers surpassing Carlo Finucci's 102 in 2008 the only other time the Express have had a scoring champion.

Up next on the list is Tyler McNeely who had 104 points in 2007 teaming up with Kyle Turris that year who set the record with 121. 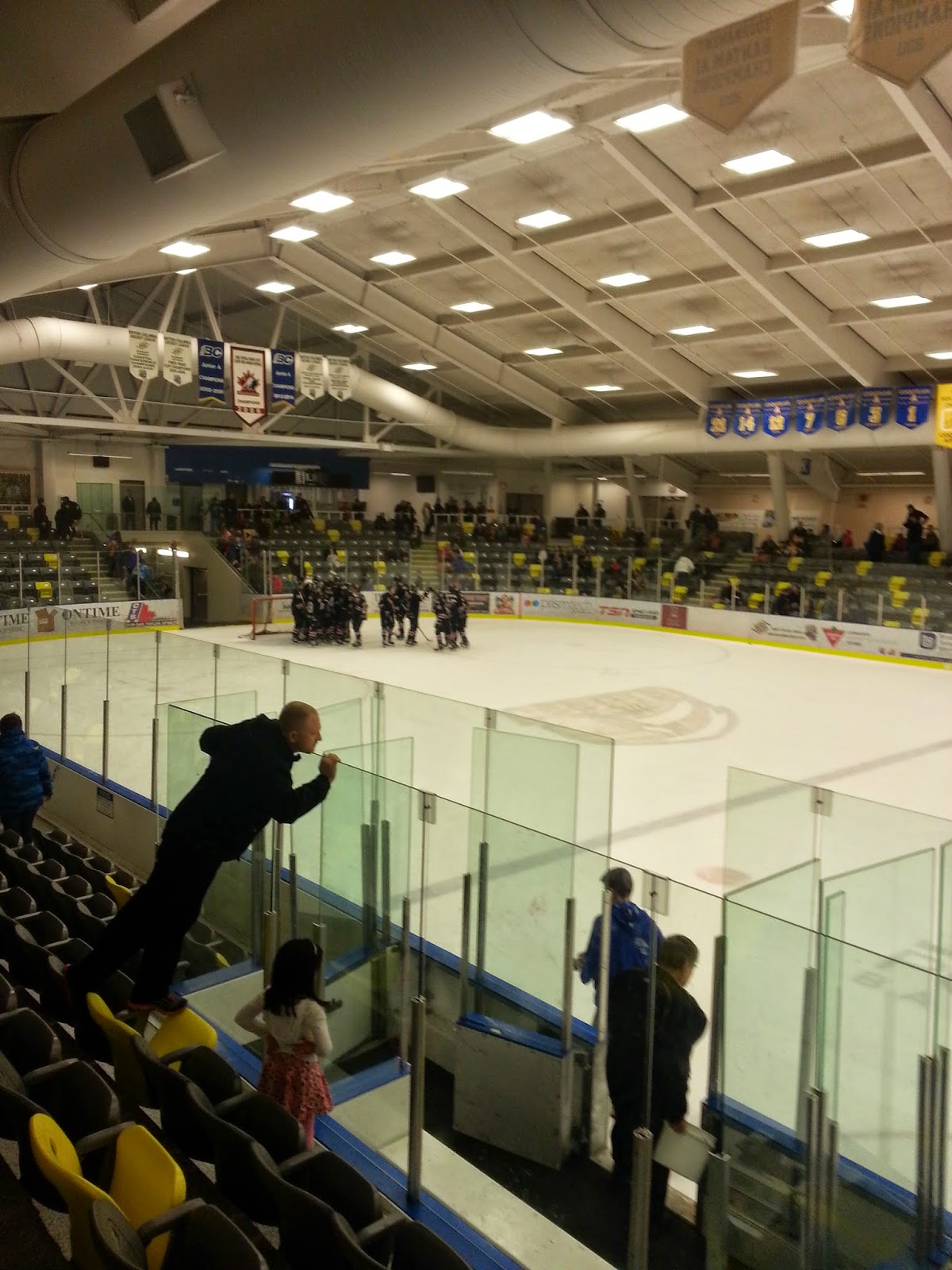 Mackin becomes the first player since Mitch McMillan to score 50 goals in the BCHL season when McMillan scored 61 in 2010 for Alberni Valley. He's also the first player to get 100 points in a season since Beau Bennett, Denver Manderson (PEN) and Mark Zengerle (SA) also in the 2010 season.

Up next the Express will conclude the regular season with a home and home with the Chilliwack Chiefs starting Friday in Coquitlam. 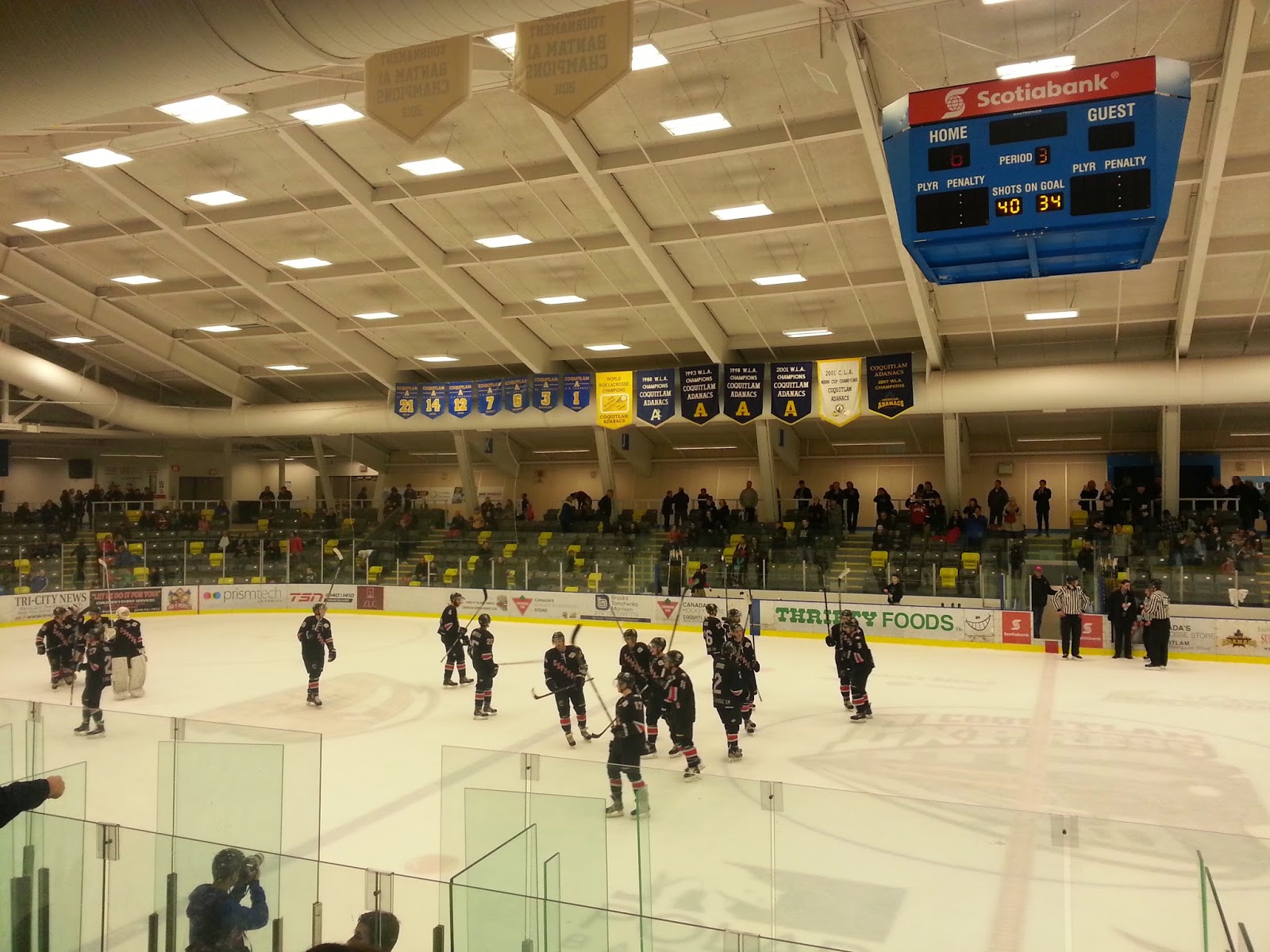