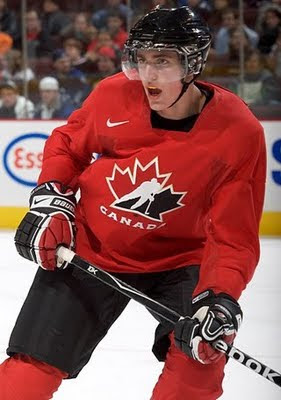 Hockey Canada's medical staff has sent Wiercioch back to his college club the Denver Pioneers due to the injury following his medical exam.

Tyler Cuma of the Ottawa 67's has been called up to take Wiercioch's place at camp.

Wiercioch was one of the players cut from camp before the tournament got underway last year.

Ottawa selected Wiercioch in the 2nd round of the 2008 NHL draft 42nd overall.

He then went to the Omaha Lancers of the USHL where he won a national championship in 2008.

Wiercioch is in his second season at Denver where he has 2 goals and 10 assists in 16 games.
Posted by Eddie Gregory at 9:36 AM