First of all before we talk about hockey. let's take a moment to acknowledge both the Coquitlam Express and Langley Rivermen who took time to have members from both organizations attend local remembrance day ceremonies before the two teams met on the ice.

On the ice the Express prevailed in what turned out be a wild 7-5 shootout to pick up their first win in three tries vs. Langley this season. Click here for boxscore

The tone was set for the Express in the opening minutes of the game. They were rock solid on an early Langley Rivermen power play. They never really allowed the Rivermen to get set up and threaten in the Express end of the rink.

That really got the Express off on the right foot.

One of the storylines coming out of this game was the amount of players who chipped in with goals who had provided limited offensive production this season for the Express.

It started with Luca Leone. He opened the scoring moments after that first penalty kill when he put himself in a position to shoot the puck and took a smart pass from Owen Stout who put it on a tee for Leone who unleashed a rocket one timer for this second goal of the season to open the scoring.

Justin Fregona has lit the Express up in the first two meetings of the season. He kept up his strong play Wednesday taking a drop pass and letting fly a quick shot just inside the post past Tyger Howat to tie the game at one.

Another player who stepped up offensively for the Express was Nic Coltura. The second year defenseman found himself on a two on one with the puck on his stick. He decided to keep it and fire a great shot top shelf on Nic Trenciansky for Coltura's first BCHL goal in his 61st career BCHL game. 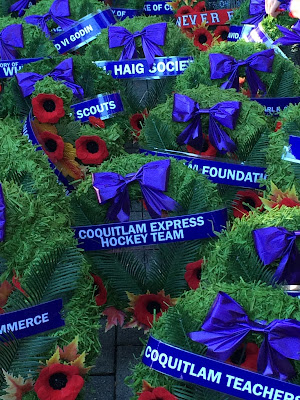 Entering Wednesday's game Coltura hadn't scored a goal in 60 previous games. Then within 10 minutes of game play he struck for a pair of goals.

Penalites were plentiful Wednesday afternoon. The Express were called for two in quick succession midway through the second period giving Langley a two man advantage for 1:54.

Langley quickly converted on the power play with Matthew Graham setting up Max Kaufman for a re-direct in front of the net to cut the Express lead to 3-2.

This game will be one that Nic Coltura will remember for years to come both for good and bad reasons.

The good being that he scored his first two BCHL goals in pretty nice fashion. The bad however happened late in the second period as he got tangled up with Langley forward Torrin White and crashed into the boards. Coltura immediately was banging on the ice in distress. He left the game with an upper body injury and didn't return.

The loss of one of the Express veteran defenseman left a void that the Express had a tough time recovering from moments after Coltura's injury. The Rivermen had a strong edge in play to end of the second period.

Tyger Howat had to come up with two big saves of Justin Fregona and Matthew Graham in the final minute of the second period to preserve the Express lead heading to the third period.

Now brace yourself for the third period this is where this get wild.

Just over five minutes into the third period Langley had taken they first lead of the afternoon on goals by Torrin White and Dominic Franco.

But the third period in this game is where the Express really began to show their moxy.

With the teams skating at 4 on 4 Cam Bertsch turned out of the corner with the puck and set up Colton Kerfoot who tied the game at 4.

Just three minutes later Langley took the lead again with Matthew Graham capping off a 4 point night by scoring a power play goal to go along with his three assists with a wrist shot walking in off the right wing boards.

Just 1:29 after Graham's goal the Express pulled even again on another power play goal. This time it was 6'7 defenseman Taylor Green at the side of the Rivermen net with a neat pass between his legs to set up Cam Bartsch who scored his second of the season tie even things at 5.

Right after the goal the Express found themselves right back on the power play when Trenciansky cleared the puck over the glass and was called for delay of game.

The Express took the lead back for good when Jack Surowiec buried the rebound of a Charlie Barrow point shot that his the post for a 6-5 Express lead.

To cap off the wild third period, the Express had to kill off a late penalty to Colton Kerfoot who was ejected for a hit in front of the Express bench. Kerfoot was given a game misconduct for the checking from behind minor.

Then Taylor Green dropped the gloves with Matthew Graham in the final minute.

Alex Ambrosio sealed the win for the Express scoring his second of the season into an empty net.

For an Express team that is limited in it's offensive contributors after you get past the top line, Wednesday five different players scored just their second goals of the season for the Express.

Tyger Howat was busy again for the Express making 44 saves to post his fourth win of the season.

This Express squad showed plenty of no quit Wednesday, losing a defenceman to an injury, then letting a lead slip away in the third period to only battle hard to get it back on the road can do wonders for developing the character of this Express team. Injured captain watching from the sidelines i'm sure was proud to watch his team win in the manner they did Wednesday.

Coquitlam finally returns home after playing the last 6 games on the road when they host Victoria Friday.
Posted by Eddie Gregory at 7:54 PM