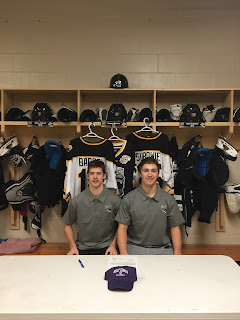 The Coquitlam Express of the BCHL would like to congratulate players Jack Surowiec and Charlie Barrow both headed to Holy Cross and Austin McILMurray to Sacred Heart on officially signing their national letter of intent. 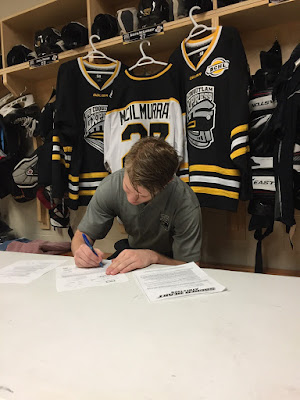 Surowiec, Barrrow and McILMurrary are all in their first seasons with the Express.

Barrow (96), from Belmont Massachusetts has four goals and ten points in 21 games this season. Two of his four goals have been overtime winners this season. He's added an element of speed and puck moving ability for the Express from the blueline.

McILMurray (96), from Coral Springs Florida is third on the Express in scoring with eight goals and 19 points in 20 games. Two of his goals have been game winning goals. He's spent the entire season playing on the Express top line mostly with Colton Kerfoot and Jackson Cressey.

All well deserved and we are proud to have them as members of the Express Junior Hockey Team. 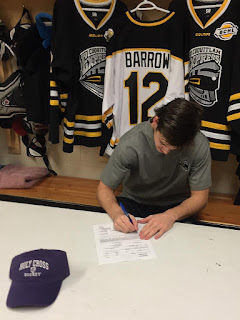 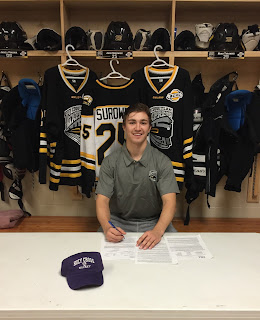